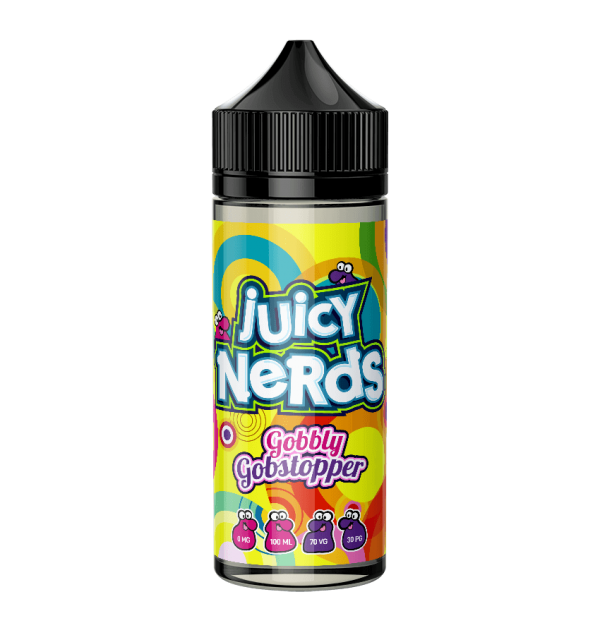 Ah gobstoppers – they would keep you quiet for hours! Well, now you can relive sucking on layer upon layer of sweet, fruity goodness in our Gobstopper E Liquid!

To create our Juicy Nerds Gobbly Gobstopper, we took a plain candy base and added a selection of subtle fruit flavours. We then tested and adjusted the flavour to mimic the distinctive taste (and aroma) of the traditional gobstopper.

Gobstopper eliquid both tastes and smells so authentic that you’ll think you were just sucking on a big gobstopper, but it’s a lot easier on your teeth!

Gobstopper E Liquid – all the nostalgic flavour of gobstoppers but kinder on your teeth!

Refer to a friend

Please register to get your referral link.

For each friend you invite, we will send you a coupon code worth £5 that you can use to purchase or get a discount on any product on our site. Get started now, by sharing your referral link with your friends.

WishlistWishlist
Back to Top
0
This site uses cookies: Find out more.