Smoking rates in Great Britain have halved over the past 35 years and it now has one of the lowest prevalence of tobacco use in Europe with less than 1 in 6 adults smoking. That said, as of November 2018 there were still over 7.4 million adult smokers and the habit is responsible for more than 1 in 4 cancer deaths, according to Cancer Research UK. In response to this, it has been revealed that the UK government plans to eliminate smoking by 2030. In this article, we take a closer look at its plans and how likely it is to succeed.

Recent measures to reduce smoking rates include Scotland banning smoking in workplaces and enclosed public spaces in 2006, with Wales, Northern Ireland and England all following suit in 2007. Also in 2007, the government raised the age of sale for tobacco from 16 to 18.

In 2015, a law was passed which banned smoking in vehicles with anyone under eighteen years of age present. And finally, plain packaging on tobacco products was introduced in 2016.

These measures were rolled out in concert with a variety of public education messages in the media warning people of the dangers of smoking. 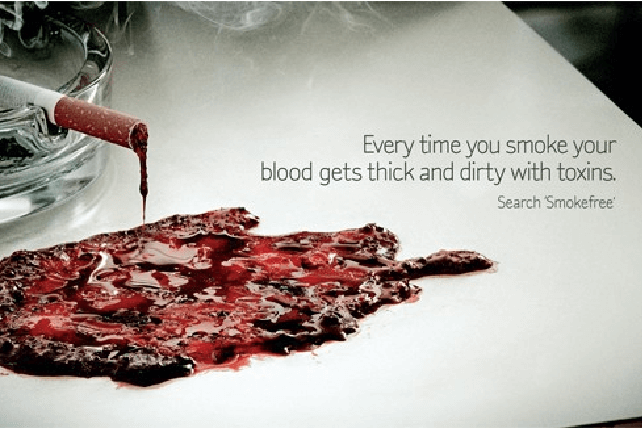 Though effective in reducing the prevalence of tobacco use, smoking still remains the leading cause of preventable illness and premature deaths. So, what further measures can the government take to eliminate smoking by 2030?

Though firm plans are yet to be announced by the government, many ideas centre around the use of e-cigarettes. For example, a pilot project was trialled in Salford offering free e-cigarette starter-packs to social housing and privately rented tenants. In 10 weeks, over 1,000 smokers were recruited, of whom 20% quit smoking altogether.

According to the Department of Health and Social Care’s open consultation on ‘Advancing our health: prevention in the 2020s’ published 22 July 2019:

This includes an ultimatum for industry to make smoked tobacco obsolete by 2030, with smokers quitting or moving to reduced risk products like e-cigarettes…

…The government is committed to monitoring the safety, uptake, impact and effectiveness of e-cigarettes and to assess further innovative ways to deliver nicotine with less harm than smoking tobacco. There is a large amount of research now available to support e-cigarette use as a safer alternative to smoking and help people quit smoking, and we continue to monitor the evidence.”

Will the government succeed in its goal to eliminate smoking by 2030?

That’s a tough question, but it is encouraging to see the government taking a proactive approach to vaping and embracing its effectiveness in helping smokers quit tobacco. It has even allowed two hospitals run by Sandwell and West Birmingham Hospitals NHS Trust to open vape shops in 2019. Public Health England is also advising hospitals to let patients vape indoors – and even in bed.

This is in stark contrast with other countries and states, San Francisco for instance, taking backward steps by banning the sale of e-cigarettes and removing a much safer alternative to smoking from the grasp of smokers.

We firmly support the UK government’s actions and will continue to advocate vaping as an effective means of quitting smoking.

If you are looking to quit smoking through the use of e-cigarettes, you might find the following articles helpful:

How Much Nicotine is in One Cigarette

Categories: News
Vapoholic administrator
Prev postNext post
If you follow the vaping news you probably know that the USA has reporting health concerns with vaping
Read More 0
In our post a few days ago, we looked at the possible causes of the mystery illness affecting
Read More 0
Get stocked up on your favourite shortfill e-liquids or try new juices at crazy marked down prices! Here
Read More 0
There are several reports circulating about the first-ever death linked to vaping. The details are still vague but
Read More 0
Though vaping is considered the most effective way to take CBD, we also understand that some people prefer
Read More 0
Well it’s been a bit of a washout this summer but that hasn’t stopped you from giving us
Read More 0
Strawberries make for delicious vapes; sweet and fruity, rich and satisfying, they get your taste buds tingling whether
Read More 0
As the vaping industry has evolved so has the array of vape kit available, and it can get
Read More 0
Well, we’re approaching August and for many, that means it’s time to jet off to warmer climes. What
Read More 0
Ah grapes, those versatile berries that find themselves in so many products, and since vaping began, grape flavoured
Read More 0