Difference Between a Regulated Mod and a Mech Mod

Home / News / Difference Between a Regulated Mod and a Mech Mod

As the vaping industry has evolved so has the array of vape kit available, and it can get quite mesmerizing! One question we get asked a lot is the difference between a regulated and a mech mod. So, here’s all the information you need to know to help you decide which one is suitable for you.

What is a regulated mod?

Most vape devices available these days are regulated. It simply means that the current from the battery is controlled by a microprocessor before it reaches the atomiser. This allows you to control the wattage (but note that on some models the wattage is fixed and can’t be adjusted) and enjoy more safety features such as burnout, short circuit and overcharge protection.

Depending on the device, the chip in regulated mods will also monitor battery levels, measure coil temperature and read your atomiser resistance.

Some great regulated mods currently on the market include: 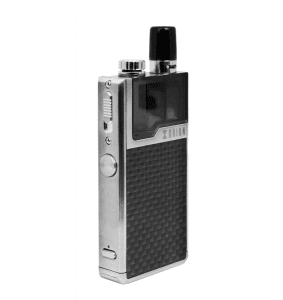 This is the first pod mod equipped the Evolv DNA Go Chipset, allowing you to manage and save all the device settings on your PC.

The 2.0ml refillable pods come in 0.25ohm and 0.5ohm resistances. Both pods have adjustable airflow and are compatible with freebase and salt nicotine. 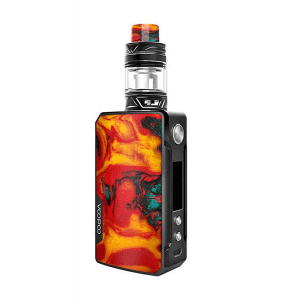 The VOOPOO Drag 2 Platinum is an upgraded version of the original Drag.

Now with a max. power of 177W and a weight of 158g, it offers superior performance and easier portability.

It’s platinum shell and beautifully designed resin panel round off this impressive package. 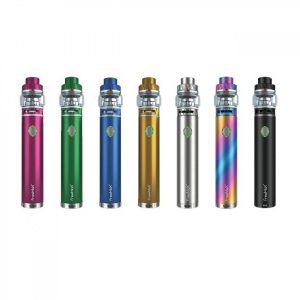 The FreeMax TWISTER 80W Starter Kit is a great choice for new and experienced vapers. The max. power of 80W paired with the Fireluke 2 Mesh Coil sub ohm tank give great vapour production and flavour.

The Twister gets its name from the innovative way of twisting the base to vary the wattage. This means the Twister keeps it sleek vape pen shape but gives you adjustable settings that you won’t find with other more basic pens.

We also love the metallic finish which makes this vape pen/mod crossover stand out from the crowd.

A regulated mod would suit you if …

What is a mech mod?

A mech mod is unregulated, meaning there is no microprocessor controlling the current between the battery and the atomiser. The fire button simply connects the two. Without a chip, mech mods don’t offer any customisable settings and, most importantly, safety features.

Once that fire button is pressed, raw, unregulated power is delivered from the battery straight to the atomiser and if you keep it pressed, your run the risk of overheating your e-liquid and burning out your coil at the very least. In extreme cases, because the device has no chip that can measure the coil resistance, you may end up melting your coil and causing a thermal runaway. A thermal runaway is a very dangerous situation caused by the battery overheating, releasing even more energy and even more heat and possibly catching fire or exploding.

As such, users of mech mods need to be very knowledgeable about their operation and preferably Ohm’s law.

Mech mods tend to be much more pricey than regulated mods and can cost several hundred pounds!

So, if you don’t get any of the integrated technology and they are often more expensive, why would anyone prefer mech mods?

Secondly, because they are made up of very few parts, less can go wrong with mech mods when used correctly.

A mech mod would suit you if …

Regulated or mech mod – which one to go for?

As with most things vaping-related, it’s a matter of personal preference. But with the number of of regulated mods available these days which can go beyond 200W power output in a safer way, mech mods are now really only for vaping purists.

Do you prefer regulated or mech mods? Any buying tips for the community? Let us know in the comments below.

Categories: News
Vapoholic administrator
Prev postNext post
If you follow the vaping news you probably know that the USA has reporting health concerns with vaping
Read More 0
In our post a few days ago, we looked at the possible causes of the mystery illness affecting
Read More 0
Get stocked up on your favourite shortfill e-liquids or try new juices at crazy marked down prices! Here
Read More 0
There are several reports circulating about the first-ever death linked to vaping. The details are still vague but
Read More 0
Though vaping is considered the most effective way to take CBD, we also understand that some people prefer
Read More 0
Well it’s been a bit of a washout this summer but that hasn’t stopped you from giving us
Read More 0
Smoking rates in Great Britain have halved over the past 35 years and it now has one of
Read More 0
Strawberries make for delicious vapes; sweet and fruity, rich and satisfying, they get your taste buds tingling whether
Read More 0
Well, we’re approaching August and for many, that means it’s time to jet off to warmer climes. What
Read More 0
Ah grapes, those versatile berries that find themselves in so many products, and since vaping began, grape flavoured
Read More 0